A former airline pilot speaks out

Kai is an inspiration to me. He’s a former airline pilot who loved his work, but could no longer bring himself to participate after discovering the global environmental impacts of his industry. Kai and his partner Sheila have taken steps to simplify their lives and reduce their impact on the Earth, and are currently in the midst of a remarkable global bicycle touring adventure. Follow them at www.2cycle2gether.com. —Anirvan 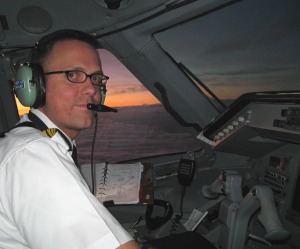 I’ve been thinking a lot recently about my brothers and sisters who are still involved in the airline industry. I chose to say goodbye to my job as a captain of a 50 seat jet almost two years ago. My reasons for leaving the profession of flying airplanes had largely to do with the fact that I could no longer justify the massive carbon footprint that aviation represents. From start to finish, my airplane piloting career lasted just over 9 years, spread as they were between flight school, a stint as a flight instructor and 6 years at the airlines.

I miss the wonder and thrill of flying but I do not miss flying, if that makes any sense. In fact, I grieve flying not unlike like the death of a close friend. Unfortunately, this particular friend has a horrible substance abuse habit that is taking a terrible toll on those around them and that will ultimately prove to be their undoing. And just like this friend could benefit from an intervention, so too could our society. That’s because our friend’s disease is also our own. The effects and products of our addiction to fossil fuels are visible all around us, yet most of us chose to continue living our lives in largely the same manner we have become so accustomed.

Just over a year ago the International Energy Agency declared that peak oil, at least as it pertains to conventional crude oil production, occurred in 2006. “Peak oil is…,” to borrow the Wikipedia definition, “…the point in time when the maximum rate of global petroleum extraction is reached, after which the rate of production enters terminal decline.” Amazingly, this stunning news has done nothing to curtail our excesses. In fact, global oil consumption has now reached an estimated 88.1 million barrels a day, the daily equivalent of 3,700,200,000 gallons. Events like 2010’s Deepwater Horizon/Gulf Oil Spill and controversial methods like tar sands refining, mountain top removal and hydraulic fracturing are but a few high profile examples of what happens when a certain desperation ethic enters into the mining of fossil fuels. What is it going to take for things to change?

One thing airline pilots have plenty of while on the job is time. In fact, time spent sitting in airports and hotel rooms is a large part of the job when viewed as a percentage of the hours that go into an average day. I ended up using much of that time to read. In fact, I became such an avid visitor to my local library that had they offered a frequent borrower program I would likely be a “Platinum” member. Looking back, my reading interests alternated between investigations of aviation incidents & accidents (required reading for any pilot) and topics dealing with globalization and the environment. Since for me flying was all about confronting and understanding my own limits, I suppose it’s only natural that I found a sort of comfort in coming to terms with the limits placed upon all of us by virtue of our living on a finite planet. The more I read and built upon my existing knowledge, the more I came to understand the interconnectedness of everything. It became increasingly clear how my own actions are affecting others and how each and every choice I make in my own life has far reaching consequences on others and on the world around me.

I’ve always had a soft spot for fairness, the result of something formative that must have occurred in my childhood. And, for me, it all comes down to this. Flying airplanes is not fair. It’s not fair to the air we breathe, the water we drink or the soil we disturb to mine the resources that makes the entire industry possible. Also unfair are the larger ramifications of flying. Aviation’s contribution to our burning through millions of years of stored energy in a couple of hundred years forsakes the energy needs of future generations by putting our needs ahead of theirs. There is nothing fair about this.

These examples, of course, pale in comparison to the threat posed by climate change. Humanity’s inaction surrounding this issue has resulted in millions of disenfranchised people being unfairly singled out as the victims of drought, floods and of the wars already erupting over dwindling resources. Even more damaging are the untold species of plants and animals undergoing extinction and the wide raging effects this is having on the ecosystem.

It is clear that the bulk of our current elected officials are absent the political will to deal effectively with flying, let alone tackling peak oil and climate change. Therefore, it’s up to each of us to take this on.

When I agreed to sit down and write this piece I knew that it might eventually find its way into the hands of a pilot, maintenance technician, gate agent, ramper, or flight attendant. I sincerely hope that happens. In fact, my hope is that everyone who reads this goes on to examine their own contribution to our collective plight. Better yet, I hope that everyone then decides to do something about it. And I don’t mean just changing some light bulbs or trading in a truck for a hybrid car. We need a revolution in the way each of us lives if we stand any chance of making it through this together. 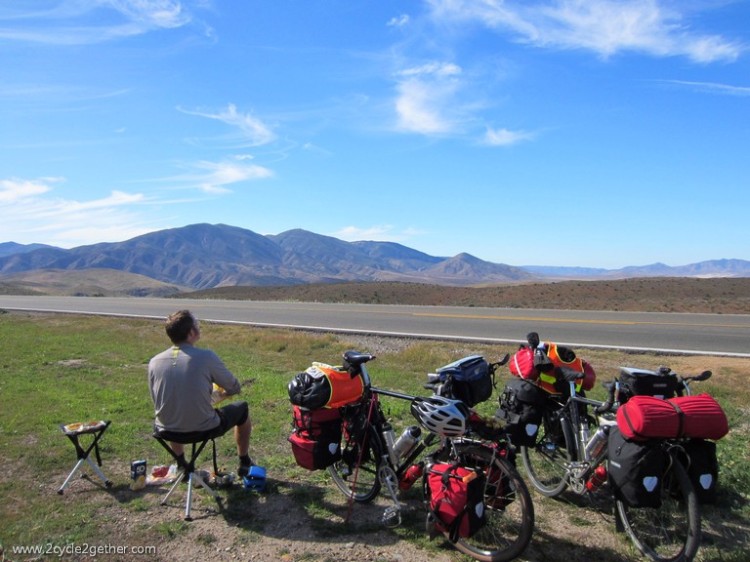 7 thoughts on “A former airline pilot speaks out”