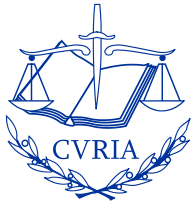 A group of American airlines had sued the European Union for trying to use market-based measures to limit greenhouse gas pollution for aviation, but an initial ruling from the European Court of Justice‘s Advocate General found that the policies were valid under international law.

According to Transport & Environment:

“In a thorough and comprehensive opinion, addressing all issues referred to the Court, the Advocate General called the airlines’ challenges ‘unconvincing’, ‘untenable’, ‘erroneous’ and based on a ‘highly superficial reading’ of the Aviation Directive. The opinion thoroughly dismisses the airlines’ argument that the EU Law violates sovereignty, pointing out that it is ‘by no means unusual for a State or an international organisation also to take into account in the exercise of its sovereignty circumstances that occur or have occurred outside its territorial jurisdiction.’ Commenting on the argument that Europe should wait for a global solution, the opinion states ‘The EU institutions could not reasonably be required to give the ICAO bodies unlimited time in which to develop a multilateral solution.'”

Three US groups (the Center for Biological Diversity, EDF, and Earthjustice) have intervened in the case, in support of European policymakers’ right to regulate aviation pollution, as part of US-EU environmental coalition.

Sarah Burt, Staff Attorney at Earthjustice, commented “In the absence of an effective global measure for reigning in greenhouse gases from aviation, the EU law is a necessary step to address this significant and rapidly expanding source of pollution. We are pleased that the Advocate General’s opinion confirms the legality of this important action.”

Added Annie Petsonk from the EDF, “Airlines operate in a global market, and the reality is that those markets will be increasingly carbon-constrained. It’s time for the U.S. airlines to provide leadership and demonstrate that we can compete in the carbon-limited markets of the 21st century. No lawsuit will stop climate change or its effects, so it’s time to move forward and implement the solutions already available: Europe’s Aviation Directive.”